Natural wetlands are a common feature in and around waterways. Wetlands are an area of land that is covered with water, either permanently or at certain times of year. Wetland systems can be constructed as a method for cleaning and storing urban stormwater runoff. 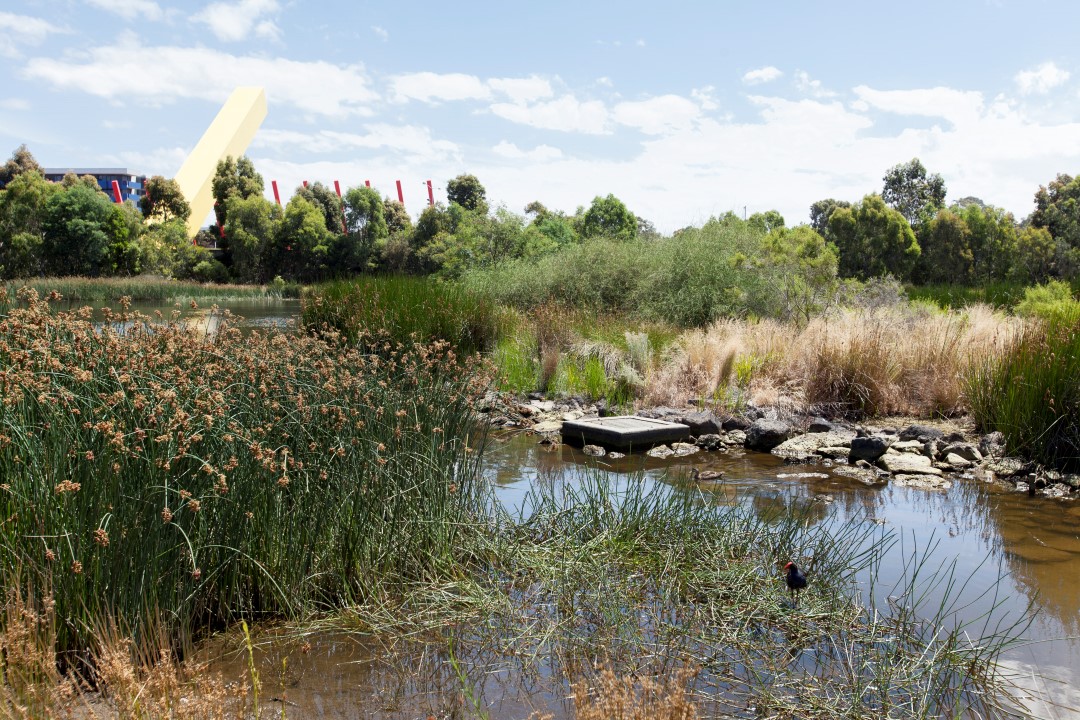 The water within them can be still, flowing, [simple_tooltip content=’Brackish water is saltier than fresh water, but not as salty as seawater. It typically occurs where seawater mixes with fresh water, such as in estuaries. The lower section of the Yarra River, up to Dights Falls, is brackish and tidal.’]brackish[/simple_tooltip], salty or fresh. Wetlands are rich in biodiversity and provide a range of ecosystem services.

Read about the constructed wetlands at Royal Park or watch the video. 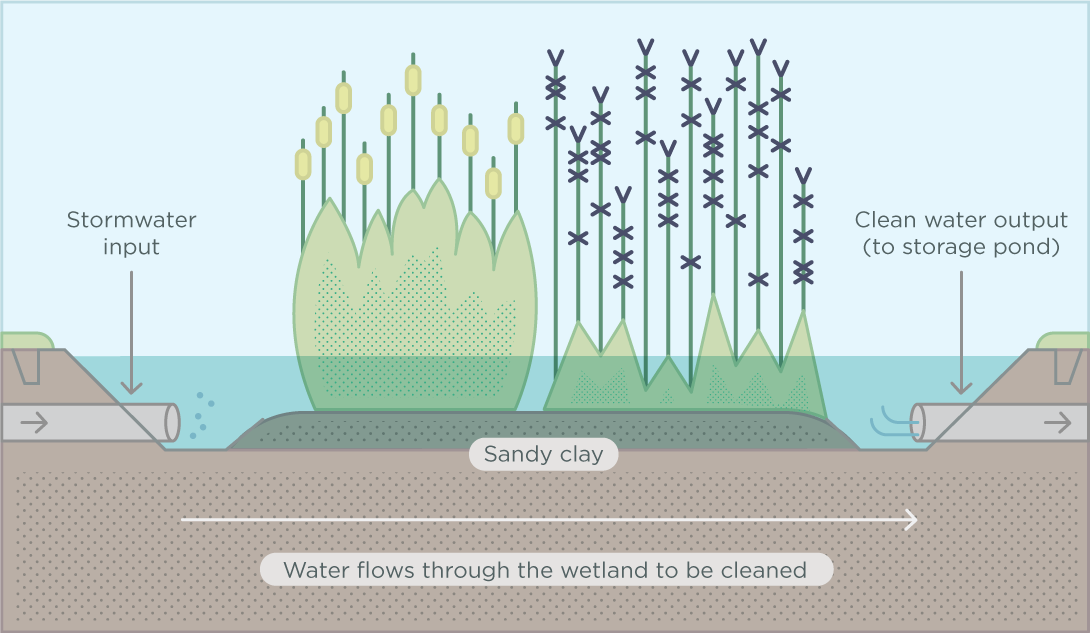