Burston Reserve is a small park located between Parliament Place and Macarthur Street at the eastern edge of the central city.

In 2012 the City of Melbourne released its Urban Forest Strategy. The strategy outlines the importance of the urban forest and green open spaces in cooling the city and adapting to climate change.

At this time, several of the trees in Burston Reserve had either been removed or were in very poor health. The reserve was upgraded to increase its green footprint and open space and to become a water sensitive landscape. 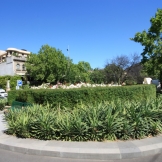 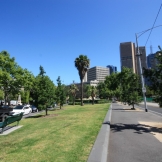 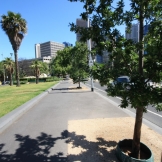 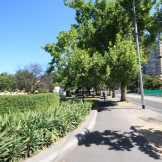 What benefits has the Burston Reserve redesign provided?

To create healthy environment for trees

These pits capture water runoff from the road, irrigating the tree, cleaning the water and reducing stormwater runoff volumes.

Each pit is located within the footpath directly next to the road. It is filled with structural soil and planted with a single tree.

A slotted drainage pipe runs through the centre of the pit, connecting to a drainage hole in the gutter. This allows water to flow from the gutter into the tree roots. 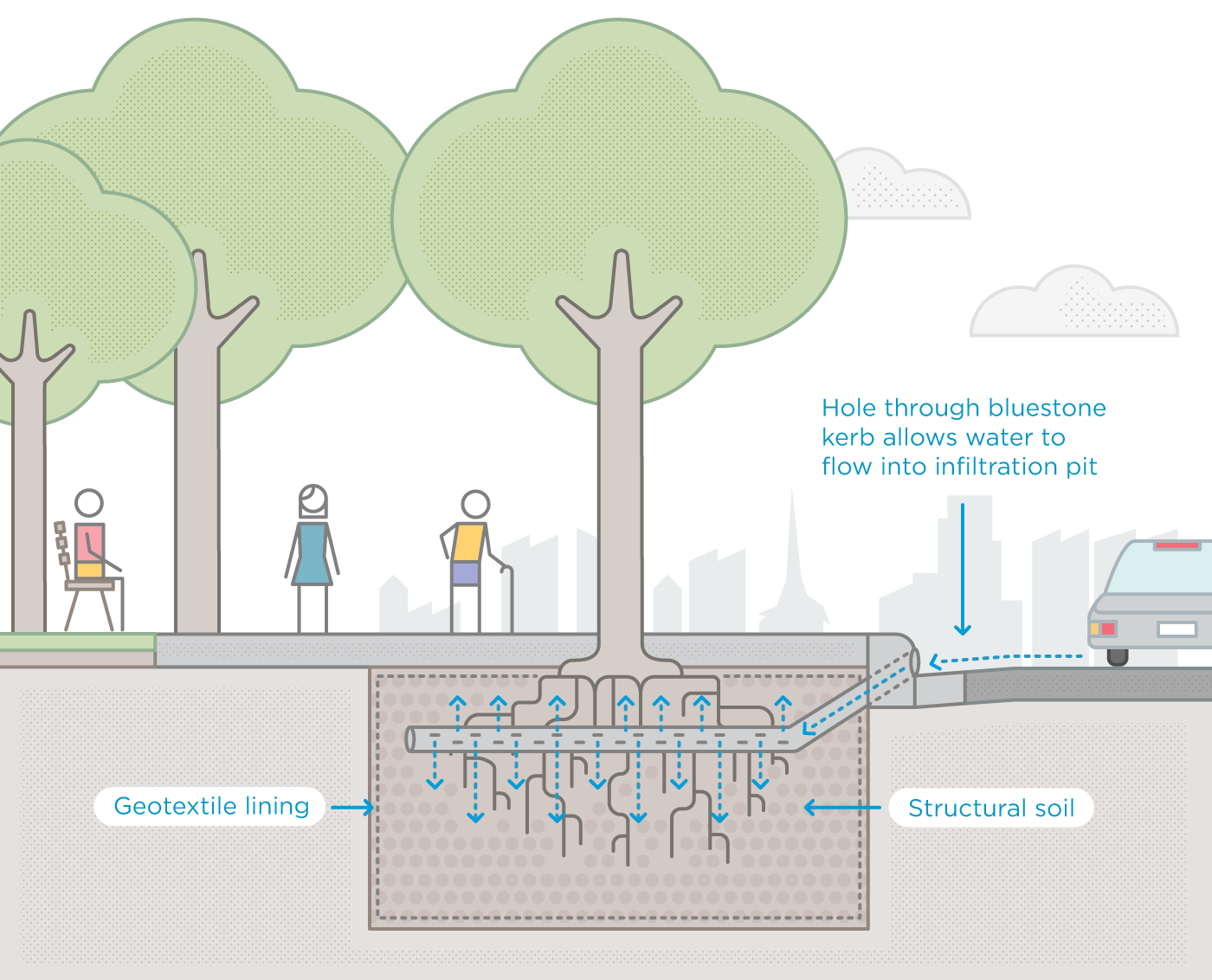 The infiltration trench in Burston Reserve captures water from the road to water the trees.

Each raingarden tree pit works like a small raingarden. When it rains, stormwater runs off road surfaces and into the gutters.

Three raingarden tree pits are set into the kerb along Macarthur Street. They intercept and clean the water before it goes into the drain.

Each pit contains layers of substrate that work with the tree’s root system to filter pollution from the stormwater. This includes nitrogen, phosphorus and oils.

The tree pits also include a rock mulch layer to retain moisture in the soil and prevent erosion during rain.

A grate sits around the base of the tree, flush with the pavement. This protects the tree pit from damage and ensures that pedestrians don’t trip over it.

A pipe is located at the bottom of the well. It allows cleaned stormwater to drain back into the drainage system. 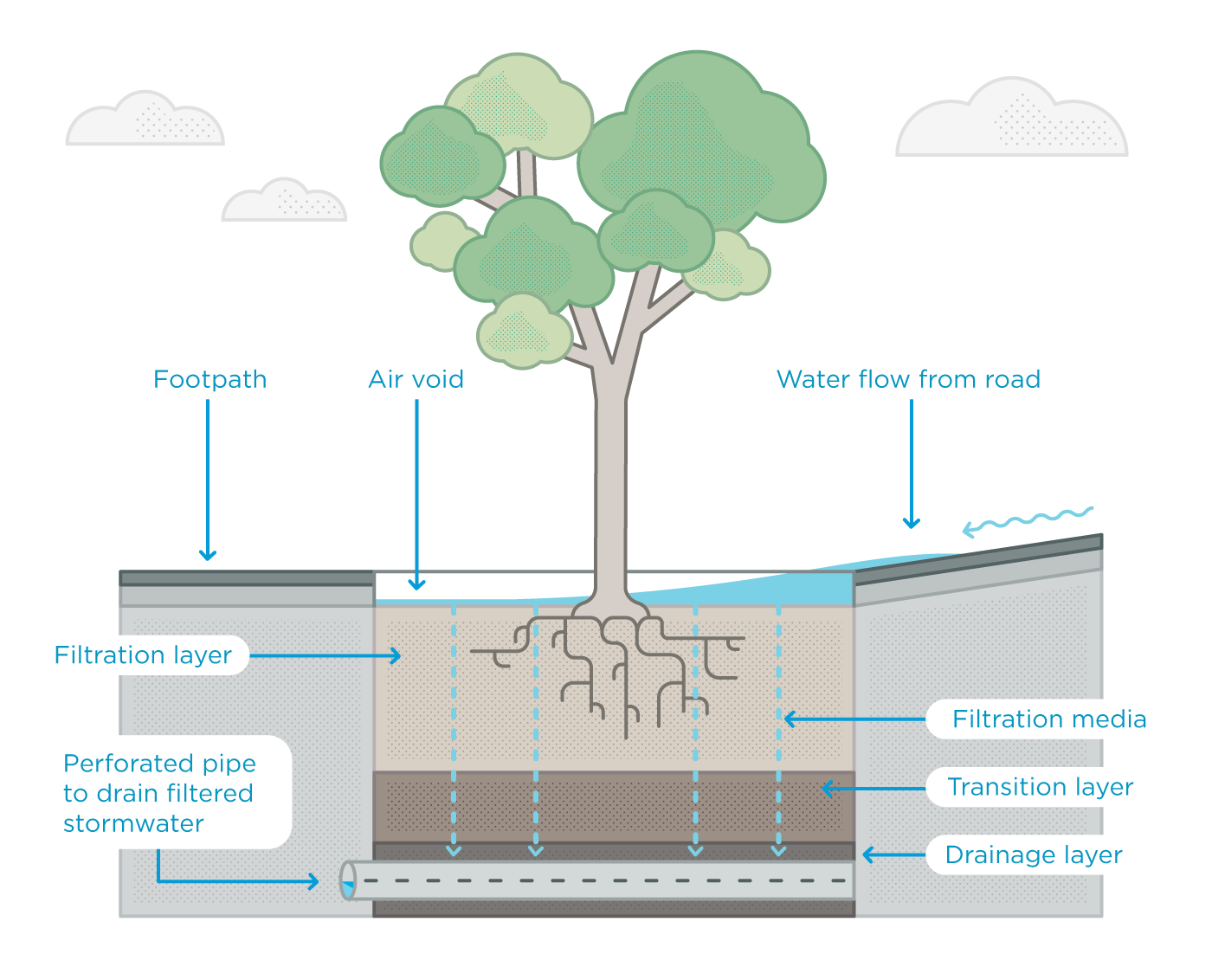 Water is diverted from the gutter an into the raingarden tree pit.

We notified nearby residents and business owners via mail, including drawings of the proposed changes. Feedback was overwhelmingly positive and the project proceeded with minimal changes to the original design.

We needed to protect the trees in good health from damage during construction. The tree root systems and existing underground services limited the location, depth and extent of the infiltration trenches. 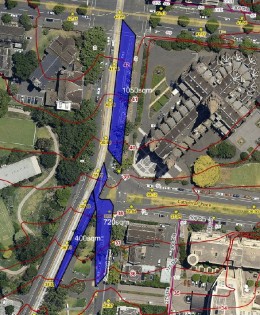 Burston Reserve sits on a slope, so that one end of the park is significantly lower than the other. Unfortunately, the dramatic change in the irrigation regime has resulted in the loss of a large chestnut oak in the lowest section. The soil around the tree’s base became waterlogged and allowed disease to spread to the tree.

This could have been prevented if a drainage pipe was installed at the low point in the park.

MUSIC modelling was carried out to determine the size and type of water sensitive urban design elements that would be suitable.

Two infiltration trenches were built along the southern end of Macarthur Street, beneath the footpath. They are located 2.5 m from each tree to avoid damaging the existing root systems and to encourage growth beyond the drip-irrigation line.

Water runoff is directed into the trenches, providing water for the tree root system.

The four raingarden tree pits along the Macarthur Street edge of Burston Reserve are planted with chestnut-leaved oaks, or Quercus castaneifolia. We chose tree species that work towards our species diversity and resilience targets.

A slotted PVC or Ag pipe sits in the drainage layer at the bottom of the tree pit, connected to the stormwater drain. This allows filtered stormwater to flow on to the waterways and prevents water logging at the roots.

The high flow bypass is needed to make sure that heavy rain flows are safely conveyed to the conventional drainage network. Typically this is provided by side entry pits located downstream of inlets to the raingarden tree pits.

Before and after images 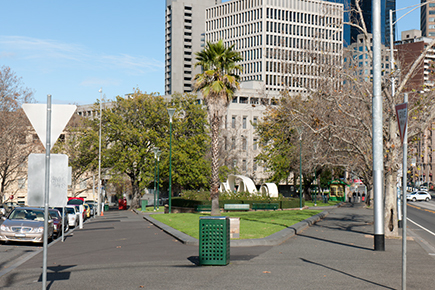 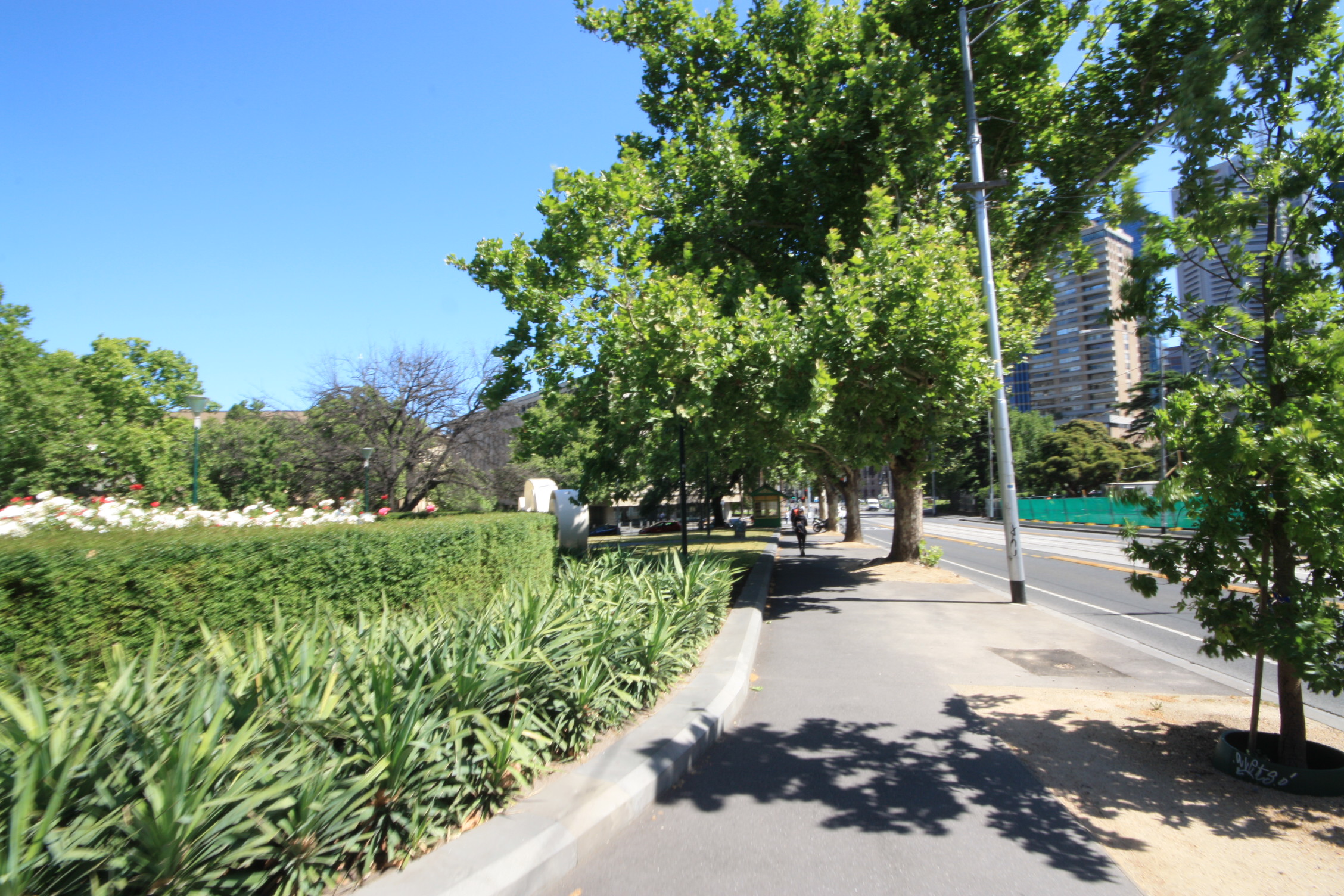 Some of the impacts of climate change will be felt more prominently in urban areas, including heat waves, hotter average temperatures, extreme storm events and flooding.

Explore sustainable water projects in the City of Melbourne

An infiltration trench is an excavated channel in the ground. It is filled with porous material and collects water that runs off buildings, roads or other impermeable surfaces.