WSUD aims create urban environments that allow the water cycle to function as it would naturally. This reduces the impact of development on the water cycle.

Many different types of WSUD are used to reduce the volume of stormwater and pollution that enters our waterways.

Common types of WSUD include: 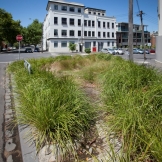 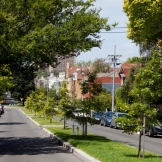 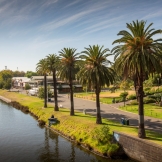 WSUD can be implemented at any scale, from single projects on individual lots to interconnected projects at a regional scale.

The many benefits to implementing WSUD include:

The term water sensitive urban design (WSUD) is only used in Australia. In the United Kingdom it is called sustainable urban drainage systems (SUDS) and in the United States it is commonly called low impact development (LID).